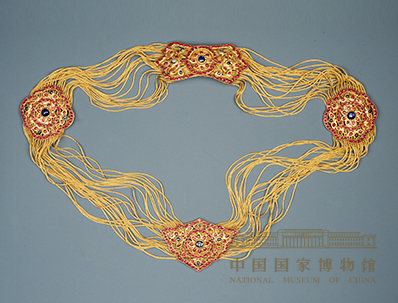 This gold medal was a state gift given by Burma to the Emperor Qianlong. Burma is a neighboring country of China. For more than 2 thousand years, the two countries have established close ties with each other. In the 18th year of Emperor Qianlong's reign (1753 AD) , the King of Burma sent envoys with numerous gifts to China to boost their friendly relations. The envoys were treated grandly by the Qing government. Afterwards, the relations between the two countries were once interrupted by the warfare. During the last years of Qianlong's reign, their relations were renewed and embarked on a new road of development. The trade activities between the two countries carried out as well.