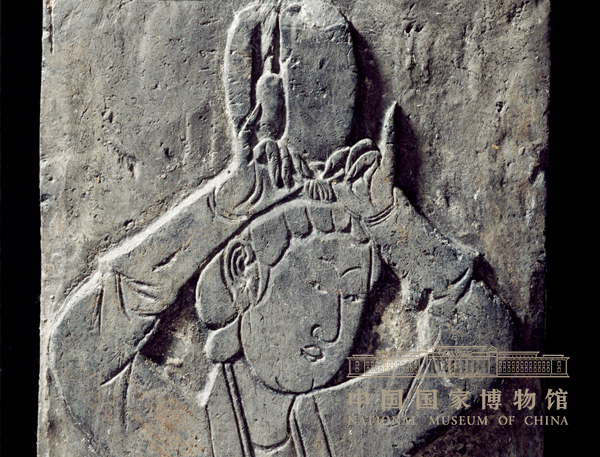 The carved bricks of women’s life depict the scenes of women’s clothing, tea making, and meal preparation. The composition is vivid; the lines are smooth; the atmosphere of life is strong.

The Woman-Binding-Up-Her-Hair carved brick shows the scene of a woman binding up her hair. She wore a narrow-sleeved jacket, a plaid tube top, a long skirt underneath, and a piece of adornment on one side. It was a typical dress of the Northern Song Dynasty women at that time. She stood sideways and was wearing a coronet, which was a kind of high crown popular among upper-class women in the Northern Song Dynasty at that time. The proportion of the whole picture is moderate, by which a vivid and charming figure is presented.