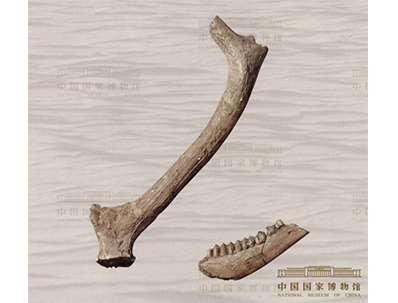 Another species of deer, Pseudaxis grayi, was a common animal in north China during the Middle Pleistocene. Large quantities of its fossilized remains have been found with the remains of Peking man, and many fossils bore scars of fire and signs of artificial breakage, evidence that this animal was also one of Peking man's principal quarries. However, most of the unearthed antlers were still joined to the animal's skull, suggesting that Pseudaxis grayi was not hunted during the same season as the thick-jawed deer.