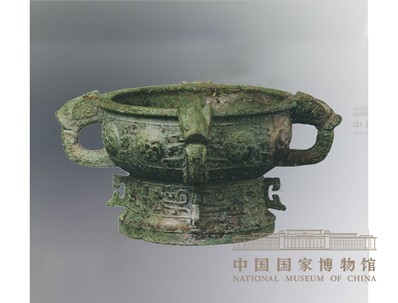 There is a long inscription cast on the inner base of the “Yi Hou Ze” Bronze Gui, which records King Kang of Zhou changing the territory granted to a duke named Ze from Yu to Yi and bestowing upon the duke corresponding rewards. As a result, the status of Ze was changed from Duke Yu (Yuhou) to Duke Yi (Yihou). There are many inscribed bronzes related to the enfeoffment system of the Western Zhou Dynasty, and while most of them have been handed down through the generations, they are all important treasures bearing witness to history. However, the “Yi Hou Ze” Bronze Gui, as an unearthed bronze vessel, contains records about the enfeoffment system not present in existing handed-down documents, making it particularly precious.