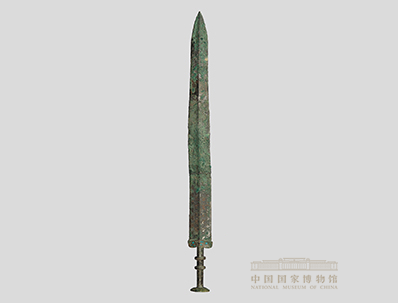 The State of Wu was the fief of the descendants of Taibo, the son of the King of Zhou. King Wu of Zhou named the State of Wu (now Suzhou, Jiangsu), which had 12 emperors and was destroyed by the Yue in 473 BC. The Wuyue are a produced numerous famous blades, with the craftsmanship of its swords far superior to that of the specimens produced in the Zhongyuan region (the area on the lower reaches of the Yellow River). Nine “Wu Wang Fuchai” bronze swords have been unearthed and recorded to date, and their shapes and inscriptions are roughly the same.