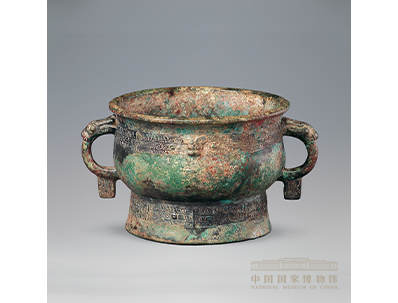 At the beginning of the Zhou Dynasty, King Wu died of illness, and his successor King Cheng was still relatively young. Thus, the Duke of Zhou assisted in handling political affairs, which contributed to the turbulent political nature of the dynasty. In this context, Guan Shu (the first and only ruler of Guan, a vassal state of the Zhou Dynasty), Cai Shu (the first ruler of Cai, a vassal state of the Zhou Dynasty) and Wu Geng (the son of Zhou, the last king of the Shang Dynasty), who were enfeoffed with the former lands of the Shang Dynasty, rose in rebellion against the Duke of Zhou, which became known as the “Rebellion of the Three Guards.” The rebellion saw the collusion between the forces of the former dynasty and the internal forces of the new dynasty, and was supported by small eastern states such as the State of Xu and the State of Yan. Putting down the rebellion became an important issue for guaranteeing the stability of the kingdom in the early Western Zhou Dynasty.