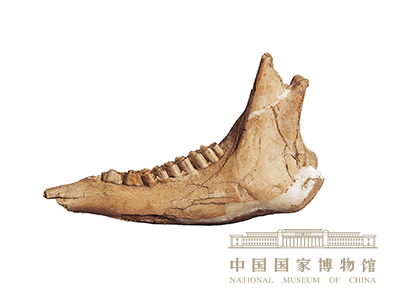 Hunting is an activity that Homo erectus pekinensis often engage in for survival. In the accumulation of Longgu Mountain, during the period when pekinensis lived in caves, the fossils of carnivorous animals in this archaeological strata were relatively rare, and the fossils of herbivores accounted for a large proportion. Megaloceros pachyosteus and Pseudaxis grayi are the most. This phenomenon precisely reflects that pekinensis are mainly hunting herbivores. In addition to deer, Sus lydekkeri, Bubalus teilhardi and Equus sanmeniensis, etc., may be the targets of pekinensis hunting.