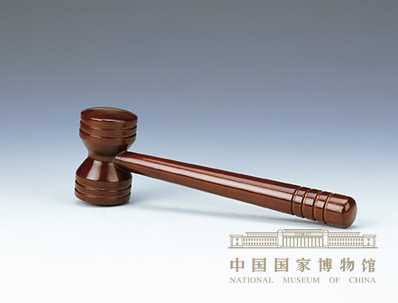 The World Trade Organization (WTO) was established on 1 January 1995, formerly known as the General Agreement on Tariffs and Trade. From 1986 China made great efforts in bilateral and multilateral negotiations to become a contracting member. On 13 November 2001, at the fourth WTO Ministerial Conference in Doha, the President of the General Assembly and Minister of Finance, Economy and Commerce of Qatar, Mr Yousef Hussain Kamal, banged the gavel to announce that China had become a WTO member. After the meeting, the Beijing Evening News announced that its meeting’s staff had acquired the gavel for its special significance.